Red Star Award – Award for Representatives of the Vietnamese economy in the integration period.

More than 100 young entrepreneurs were honored at the Red Star Awards – Young Entrepreneur of Vietnam 2012 in Hanoi on December 28. With these entrepreneurs, this will be a proud landmark and a new motivation for them to continue to record new achievements in their business career. Of which, the top 10 entrepreneurs received the Red Star Award Top 10 in 2017 are all impressive businessmen, are typical examples of the new generation of young entrepreneurs. This year’s criteria are sustainable development, international integration and business ethics are highlighted.

Chairman of Hung Hau Development Corporation – Tran Van Hau is one of the 10 businessmen honored to receive the 2017 Red Star Award. Top 10 Entrepreneurs of the Red Star Awards 2017 include: 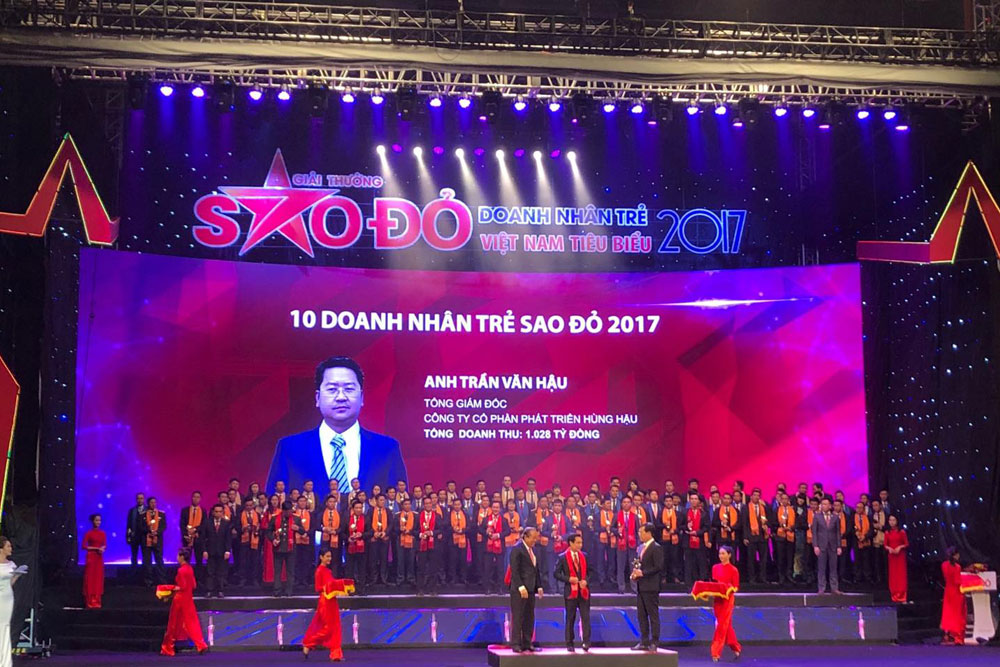 Grows from the Mekong Delta, where it is known as the granary, fruit basket, seafood factory of the country, along with the continuation and promotion of the strength of the traditional family business, Mr. Tran Van Hau founded HungHau, with the support of partners, has built a growing organization both in quality and quantity, bringing a new look and gradually move to catch up the trend of the times.

With a long-term vision, HungHau Holdings has been gaining the confidence of consumers with the following systems: Agriculture, Beverages, Investment, Distribution, Education and Food. With a wide distribution network and national branded products such as HappyFood, HappyNoodles … In particular, HungHau is involved in the training and supply of labor for society from the middle school, college to university, postgraduate through the HEDU education system, Van Hien University, Van Xuan College, Van Hanh, Au Lac, Hue are associated with the responsibility of contributing a sustainable social development.

Mr. Tran Van Hau is a successful young entrepreneur and has received many great awards such as the honor of being awarded by the Ministry of Industry and Trade for outstanding achievements in running production and business activities; Merit of Red Party of the Central Association of Entrepreneurs – Award for recognition of outstanding young entrepreneurs; Top 10 Excellent Young Entrepreneurs in 2015; Certificate of Merit of the People’s Committee of Ho Chi Minh City for the education and development of Van Hien University.

Red Star Award was first held in 1999. Through 10 times of the awards and awards, the award was voted, honoring nearly 300 young entrepreneurs, in which the award was awarded Sao Do 97 Best young.

Also on December 28th in Hanoi, the Vietnam Intellectual Property Association (VIPA) held a ceremony to honor “the leading brand in Vietnam in 2017”. This year, there are 79 trademarks and 64 products being honored, of which Hung Hau is one of 50 brands to be honored as “Vietnam’s Leading Brand – Gold Product, Gold Service Vietnam 2017”. This is the worthy recognition after the efforts of Hung Hau in the past year.

Besides judging by the jury as well as reputable experts, the program also focuses on praising the prestigious brands in the Vietnamese market from the perspective of consumers. This will assess the credibility of the brands, products and services of the businesss to enhance its position and competitiveness in the market. Ceremony of honoring “Vietnam’s Leading Brand 2017” is an important event to promote and introduce high-quality, prestigious brands – products and services to Vietnamese consumption. 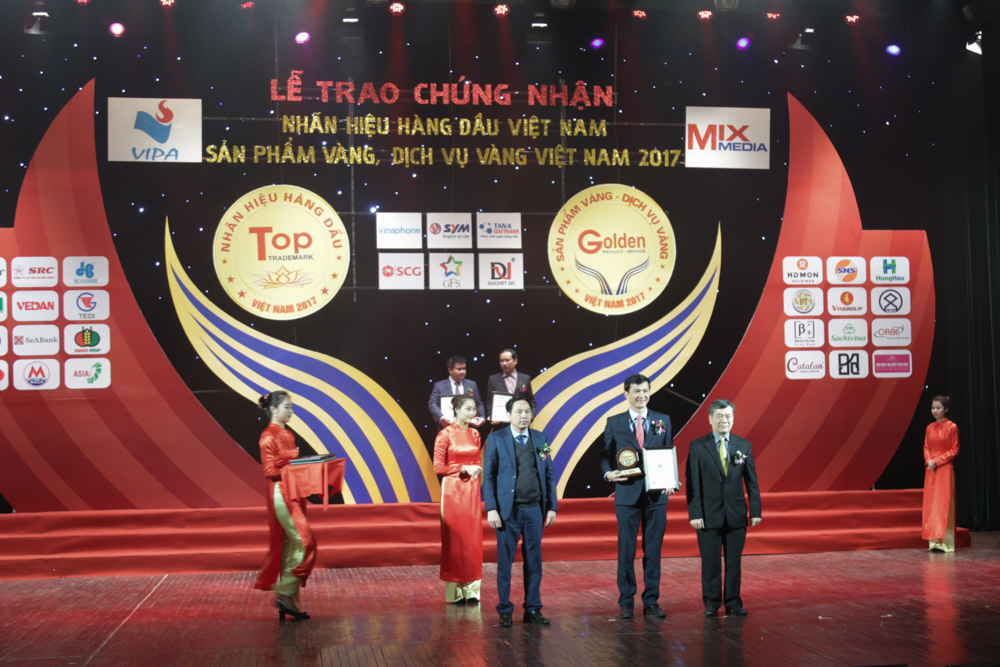 In addition to the above awards, in 2017 Hung Hau Agriculture Joint Stock Company is also honored to be awarded the Top 500 largest private enterprises in Vietnam 2017. The announcement ceremony will be held on 19/01/2018 at Grand Plaza Hotel, Hanoi.